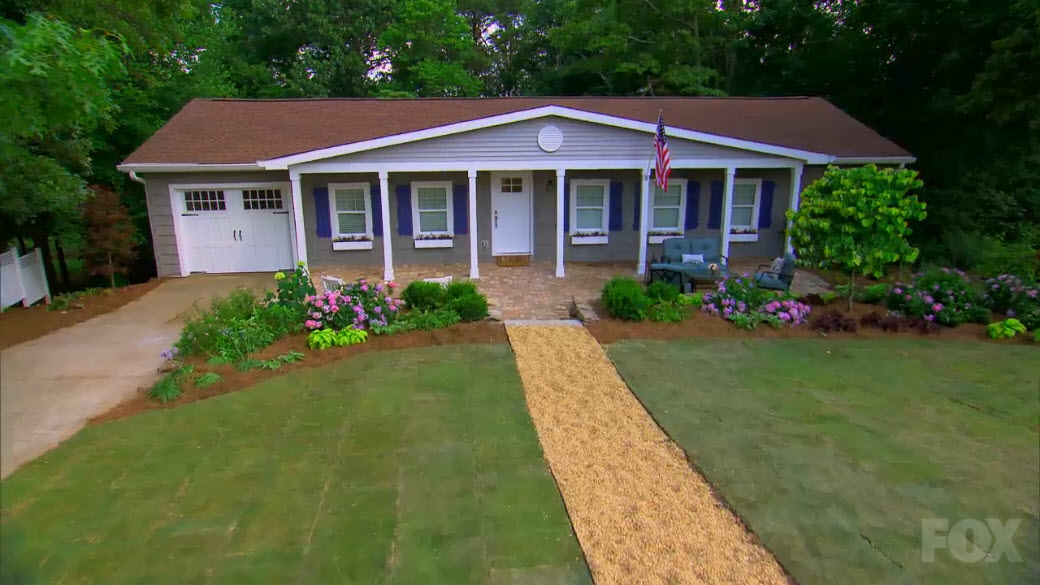 An Amarr garage door was featured on the second episode of FOX’s new reality competition show, “Home Free.”  The show premiered July 22, 2015, and the episode featuring the Amarr door aired July 29, 2015. Entrematic vice president of marketing Vickie Lents said, “Entrematic is thrilled that an Amarr garage door was showcased in the brand new show showing the improved curb appeal of a home.”

On “Home Free,” nine couples are challenged to revive one run-down home every week for a deserving family in an effort to win the ultimate dream home for themselves. During each episode, famed professional contractor Mike Holmes (“Holmes on Homes®”) presents the couples with tasks designed to test and challenge the skills of these DIY enthusiasts. The couples must not only work together to restore the home, but they must also all live together in the same dilapidated work site 24/7 the more they accomplish, the better they sleep at night!

“A home is way more than brick and mortar. So being part of this new series and partnering with FOX is truly exciting for me,” said Mike Holmes. “I’m ready to break ground with these couples. It’s going to be a lot of sweat and tears but I promise you, all worth it in the end…trust me on this.”

“You built it, you earned it, you own it,” says Holmes during the July 29th episode to the couple who is now truly “Home Free.”

The home featured in the July 29th episode before renovation

The home featured in the July 29th episode after renovation

The Amarr Classica CL3000 garage door in Northampton design with Madeira windows truly adds curb appeal to the newly renovated home! The three-panel garage door, in True White, is a unique touch and complements the new color scheme of the home. The Amarr Classica collection features three panels, rather than the traditional four, to give a more authentic carriage house look, increasing the home’s curb appeal. This garage door also features larger windows, which increase the natural light flowing into the garage. An insulated garage door such as the Amarr Classica CL3000 also increases energy efficiency by helping maintain the garage’s temperature. And, since this garage is attached to the home, an insulated garage door boasts quieter operation, reducing noise when the door opens and closes.

Entrematic is proud to be a “HOME FREE” partner. What was your favorite part of the episode? Let us know by commenting below!