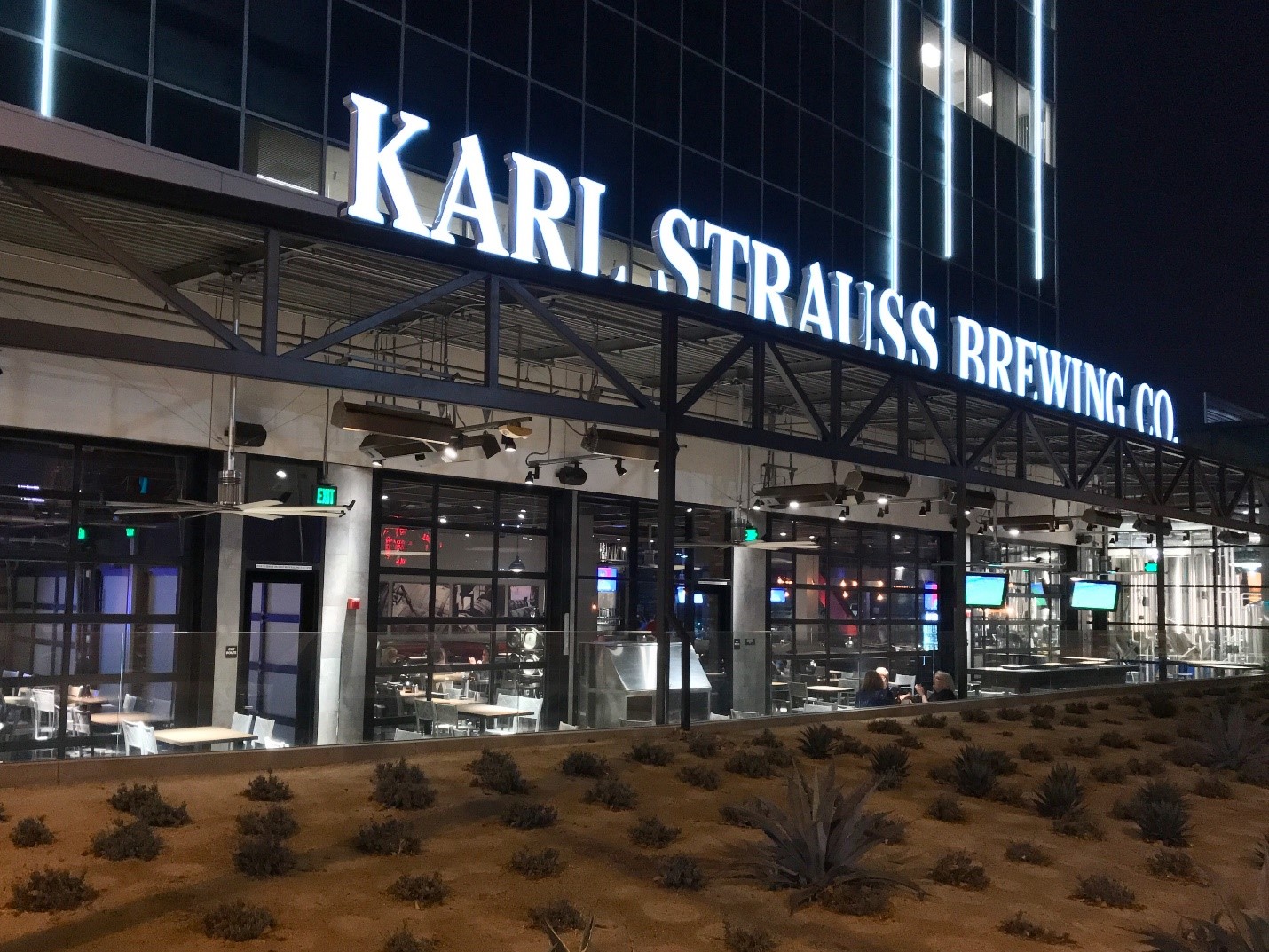 What do you get when you mix a brewpub, a satellite brewery, industrial design, and baseball? You get the trendy and exciting Karl Strauss Brewing Company (KSBC) located in Anaheim, California! Located in a recently renovated office park, the new KSBC location is within walking distance of major league baseball’s Angel Stadium of Anaheim (home to the Los Angeles Angels). This location has become one of KSBC’s most successful ones.

Matching the design
KSBC locations are notorious for having an industrial look. From the building’s glass shell design to the stainless-steel fermentation tanks inside the brewery, the Amarr 3552 doors (seen here with frosted glass) fit in well with both the interior and exterior designs.

Flexible space
The six Amarr 3552 doors on the outside of the KSBC-Anaheim building allow the interior to transform into an open-air patio, another hallmark of KSBC locations.  The exterior doors feature clear, green-tinted glass that, when closed, still allow natural light to flow inside the building.  The two Amarr 3552 doors inside feature frosted glass when these doors are closed, parties can be hosted with privacy.

Amazing views
Patrons of KSBC-Anaheim no doubt appreciate the outside Amarr 3552 Aluminum Full View doors at nighttime. With these doors up or down, the views of Angel Stadium are amazing. They can sip their brews while gazing at the illuminated stadium, perhaps either before a game or on their way home.

It’s easy to see why KSBC-Anaheim has become so popular in its area. For more information on this KSBC project, visit our case study page on Amarr.com!

Here are the Seven Hottest Amarr Products from IDA Expo 2019