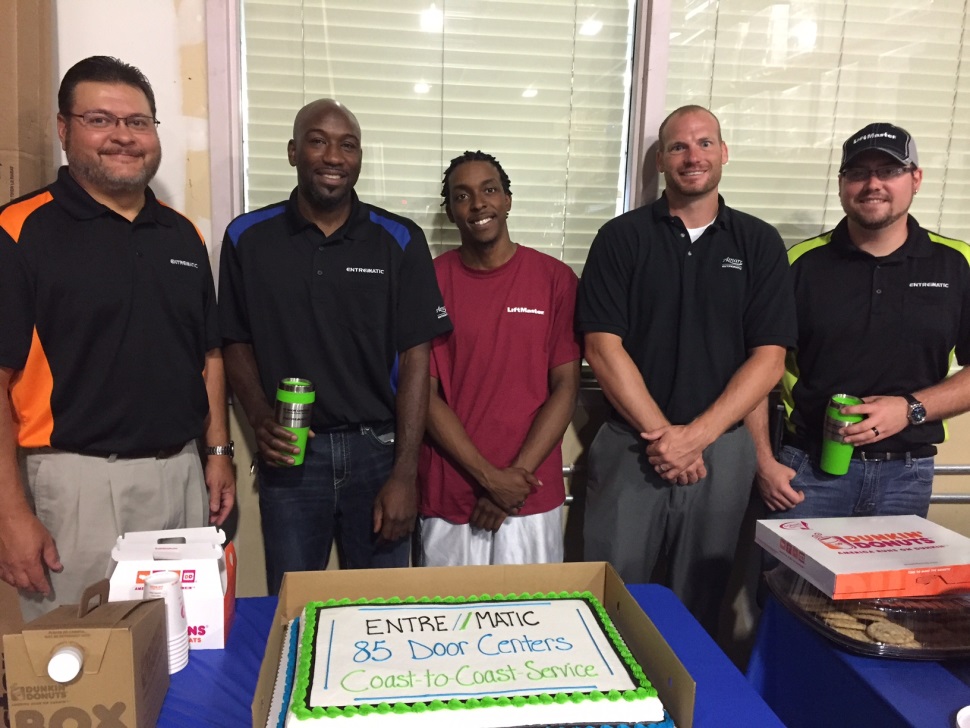 Entrematic celebrated our coast-to-coast service with the opening of our 85th Door Center in Kansas City, Kansas throughout the week of July 25, 2016.

The Kansas City Door Center held their first ever Open House on July 26, 2016 and had over 30 garage door dealers from the area attend the event. In addition to the dealers, Entrematic Team Members from Marketing, IT, Sales, Operations, and Customer Service also attended, as well as representatives from LiftMaster, Linear, Janus and Cookson.

Attendees at the open house enjoyed a BBQ lunch from Zarda BBQ, a Kansas City favorite. The Door Center also served a delicious cake to celebrate our 85 Door Centers and coast-to-coast service!

Check out the photos from some of the Entrematic celebrations below!

Dealers learned more about Amarr garage doors at our Open House in Kansas City on July 26, 2016.

Entrematic’s Winston-Salem, North Carolina Support Center also celebrated the opening of the 85th Door Center with a cake large enough to feed all 90 of their Team Members!

WSSC Team Members also received gifts, and the atrium area was decked out for the celebration.

Thank you to everyone who attended these events and celebrated with us!