A Historic Garage Expands for Storage and Parties 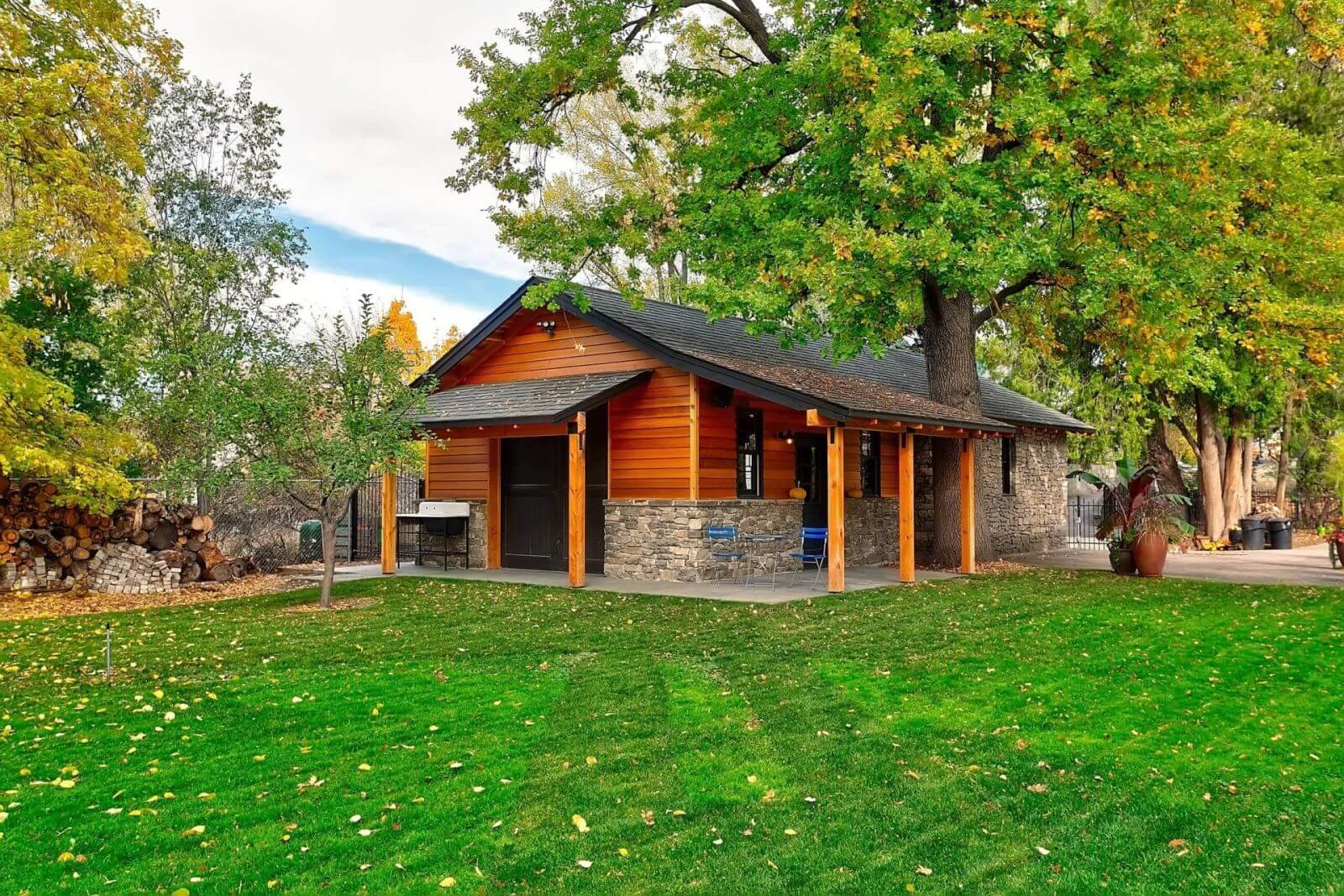 A Historic Garage Expands for Storage and Parties

Like a lot of major renovation projects, Mark and Becky Uranga’s began with the desire to fix just one small thing. They wanted to install electric garage doors in their historic Boise, Idaho, garage, which had carriage-style doors they had to open by hand. But to install the new doors, they had to raise the roof a bit to make room. While they were at it, they saw the potential to turn the 1908 structure into something really special. Before they knew it, their small project became a significant update and included an extension of the garage for better storage and the occasional square-dancing keg party.

BEFORE: The Urangas think the garage, shown here just after work started, was once a caretaker’s house, because they discovered a chimney flue inside. There are also rumors that the structure and surrounding houses were once used to run a moonshine processing and distribution ring during Prohibition and were connected by secret underground tunnels. So far, the couple hasn’t found any hidden passageways.

The original doors were just about hanging off, and the structure was far from weathertight. “Any cat in the neighborhood could hole up in that garage if they needed to,” says architect Amy Cook, who helped the Urangas design the update and work with the local historic preservation society on the permitting process.

AFTER: Cook and contractor Jon King raised the roof and extended the back of the structure to double its size. The Urangas now use the extra space to store lawnmowers, bikes, skis, strollers and gardening supplies, and for entertaining.

The couple got their new electric doors. Because the opening wasn’t a standard size, King came up with the solution of adding transom windows to make the doors fit. “It gives a contemporary feel without looking anachronistic at all,” Cook says.

A hayloft acts as storage for Mark’s boats and rafts. A pulley swings out to allow the couple to get things up to and down from the crawl space.

The extended portion of the garage opens to the backyard. The couple uses the extension for storage and for parties. In fact, the barn-like setting was perfect for a friend’s recent wedding. The Urangas turned the space into a party spot and had a square dance caller come in.

The couple recycled the original carriage doors and hung them barn-door-style at the rear. The walls stayed exactly the same as the day they were put up, but Cook changed out the roof and added new doors and windows.

The historic designation also limited the couple and architect to using only high-quality materials, which makes the garage much more appealing but also added to the cost. All the windows had to be wood framed. Vinyl siding wasn’t allowed. “It needed to look like it could have been there all along,” Cook says.

Because of the garage’s age, the couple had to completely upgrade the utilities feeding the structure, which also added significantly to the cost. All the electrical was replaced, as was the drainage. The foundation had to be hand dug and put onto piers to salvage the roots of the large white oak tree. The Urangas estimate they spent about $120,000 on this project.

BEFORE: The team brought in a skilled masonry expert to remove the back stone wall, preserving the rocks to reuse elsewhere.

AFTER: At the back of the garage, you can see the recycled stone used as exterior wainscoting.